Many years ago, when I lived in the Tropics, I used to eat a street food that was Bananas wrapped in something akin to Phyllo dough and deep fried - then sprinkled with sugar. It was heavenly! Cooking bananas carmelizes their sugars and really magnifies their natural sweetness.

These pancakes evoke some of the flavours of those delightful bites.

Grilled Banana Pancakes
Slice a ripe Banana
Prepare Cinnamon Sugar (4 parts sugar, 1 part cinnamon)
Prepare Vegan Pancake Mix Batter
Heat Griddle.
Once griddle is HOT (a drop of water should sizzle on the griddle when dropped), pour on silver-dollar sized pancakes.
Top the pancakes with Banana Slices, then Sprinkle with Cinnamon Sugar.
As the tops become all bubbly and begin to dry around the edges, flip the pancakes over.
Leave them long enough to let the Bananas cook, and the Cinnamon Sugar carmelize (a little longer than you might otherwise leave pancakes without fruit cooking in)


I eat these plain, but they may be served with buttery spread & syrup, or even with Nondairy Ice Cream, if you like. 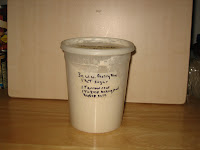 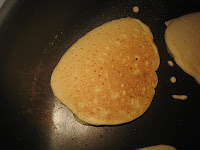 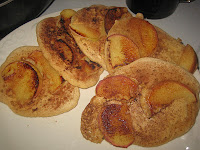 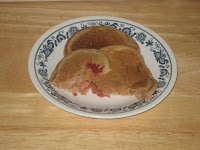 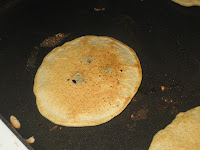 Posted by Anna@stuffedveggies at 11:26 AM