Meals You Can Make While the Pasta Cooks

Pasta is wonderful. It's quick to cook, and loaded with healthy carbs. And, if you want, you can buy whole wheat, gluten free, or low carb varieties. Kids usually love it. On those nights that you don't feel like spending a lot of time in the kitchen, it's a great go-to option.

So here are 8 recipes - a week and a day - worth of meals you can make while the pasta cooks. For those evenings when spending hours in the kitchen isn't an option.

This post is being shared on:
Menu Plan Monday
You're the Star
What'd You Do this Weekend?
Modest Monday
Tasty Tuesdays
Tuesdays with a Twist
Teaching What is Good
Wise Woman
Wonderful Wednesday
Penny Pinching Party
This is How We Roll
Encouraging Hearts & Homes
Healthy & Happy Living Party

A Week of Vegan Brunches

For Easter Brunch, relaxed Saturday morning with the family, or any special morning when you have a few extra minutes to linger,  there's nothing like a nice brunch. Here area a few ideas for what to serve.

There is much discussion online about how to save money on groceries. Most people realize that the food bill is a large percent of their budget, and one that is easier to influence on the short term than things like mortgages.

Often I see blogs that say "I spend only $50 a week on groceries for my family!" And then, I read their menu and realize that they eat at restaurants several times a week (a few lunches at work, and two or three dinners out), but don't count that as "groceries!"

When I was young, I worked at a restaurant, and had several chances to talk with the owner - a man who owned several successful restaurants.

He told me that a law of successful restaurant ownership was to make sure that the "Food Cost" was 30% of the food price on the menu.

Of course, for a restaurant, that makes sense - there are lots of overhead expenses for a restaurant owner. Everything from paving the parking lot, to advertising, to buying new tableware, to paying servers and cooks.

But, for the CONSUMER - that means that every time you eat out,  you're paying 70% MORE than you COULD be paying if you cooked at home.

But, most restaurant customers don't realize the huge price difference for a couple of reasons:

1. They eat fancier food at home than at restaurants. At home they might only eat organic, or choose the fancy steak, but at the restaurant they won't spend $32. for the steak, so they buy the $7.99 Spaghetti plate - and say, "See, I would have paid about $7. to eat (steak) dinner at home - it's not that much more to eat out!"

2. They fall for the "Dollar Menu." Keep in mind - the restaurant's standard is 30% food costs across the board - so with the rare "loss leader" exception, you're getting a .30 item when you pay $1.00! But, in addition to that, most people don't order just one dollar item - they order a few. And a drink. So it's rare to get a "Dollar Menu" meal for under $5. for most folks. And the internet is FULL of $5. recipes that feed a WHOLE FAMILY - not just one person!

4. They eat out and let food spoil at home. Then, when they count the number of meals they got for $100. of grocery money - it doesn't seem like very many - because a lot of food spoils.

5. They also don't think about the fact that other things are in the grocery bill (snacks, diapers, medicines, shampoo, on the go breakfasts) and imagine that the "grocery" budget only provides 7 family dinner entrees on a week when no one dines out. This leads to logic like "Wow - $150. for 7 days - that means  our family spends more than $20. a night on meals - and the restaurant is only $25! It doesn't pay to cook!"

Mind you, restaurants often do benefit from wholesale pricing, but a careful consumer can do as well (if not better) shopping for groceries at home.

And, in addition to the financial considerations, many home made meals are more healthful than restaurant foods. Which could just save money for health care in the long run.

Of course, there are times when eating out is a great, desirable option. I'm not at all opposed to dining out. But, when the budget is the issue, dining in is a great way to go : )

You're the Star
The Fabulous Party
Over the Moon
What'd You Do This Weekend?
Tuesdays with a Twist
Tasty Tuesdays
Party in Your PJs
Modest Monday
Wise Woman
Penny Pinching Party
Encouraging Hearts & Homes
Simple Homestead
This is How We Roll
Home Matters
Funtastic Fridays
Posted by Anna@stuffedveggies at 8:00 AM 1 comment:

Lenten Menu for a Week

Looking for some Lenten Menu ideas for the week? 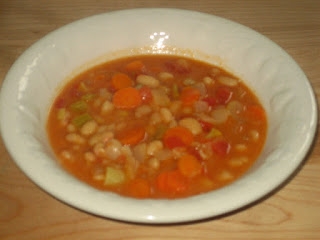 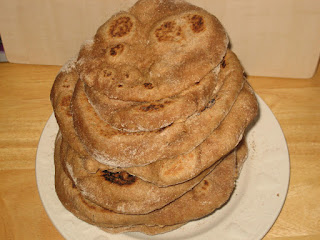 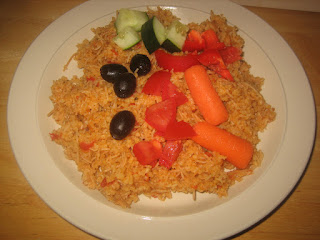 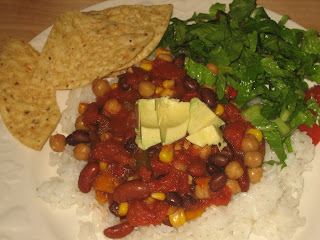 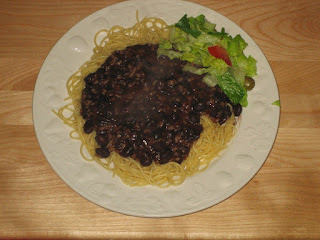 Burgers & Oven Fries (or Store Bought Veggie Burgers & Tater Tots if you're in a hurry!) 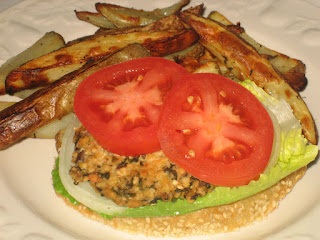 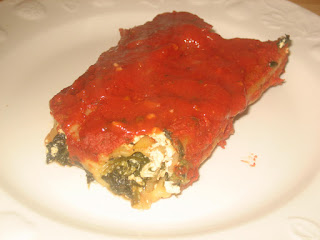 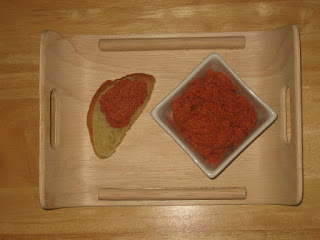 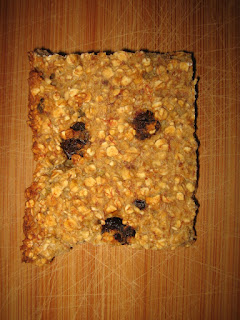 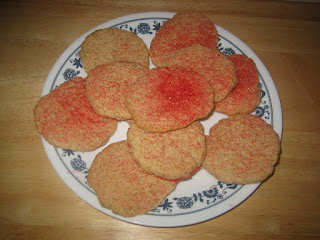 For more Lenten Menu ideas, check out these plans:

This is being shared on
You're the Star
Menu Plan Monday
What'd You Do This Weekend
Modest Monday
Over the Moon
Melt in Your Mouth Monday
Tuesdays with a Twist
Tasty Tuesdays
Wonderful Wednesdays
Penny Pinching Party
Wise Woman
Encouraging hearts and homes
Healthy & Happy Living
This is How We Roll
Home Matters
Inspiration Spotlight
Funtastic Friday
Traffic Jam Weekend
Posted by Anna@stuffedveggies at 8:00 AM 1 comment: