Skyline Chili is a Cincinnati tradition. Cincinnatians grow up eating the famous "3-Way" - a plate of Angel Hair Spaghetti, topped with Cincinnati-Style Chili and Finely Shredded Mild Cheddar Cheese. Optional toppings, such as Beans, Oyster Crackers or Minced Raw Onion are also on offer. It's such a wildly popular Cincinnati establishment that Skyline Chili is also available in grocery stores so that you can make it at home, or even transport it to another state or country to enjoy it while in Cincinnati exile.

So, I created my own Copycat Skyline Black Beans and Rice for those nights when we have Skyline-at-home. My daughter says I got the taste just right : )

This Bean dish is supposed to be pretty "saucy" to make a better topping for the pasta. You will want to add water as needed to make a pourable, but not totally soupy consistency.  The starches in this dish are pretty "thirsty" so it may require more water than you would anticipate.

Copycat Skyline Black Beans and Rice
Simmer in Saucepan for about 15 minutes, to blend flavors
2 (15oz) Cans Black Beans with their liquid
1 Cup Cooked Rice (leftover Brown or Long Grain White work well)
1 large Cube Vegetable Bouillon (I use Knorr or Maggi)
1/8 teaspoon Paprika
1/4 teaspoon Cocoa Powder
1 teaspoon Fresh Garlic
Mild Green Chilies from a can, to taste (I use 2 teaspoons because of my daughter's tender palate. About 1 1/2 T of Green Chilies should taste more authentic)
Gradually add water as needed while simmering to keep saucy consistency. I use about a cup total.
Add & cook 2-3 minutes more, to mellow vinegar flavor
3 Tablespoons White Vinegar
When cooking is finished, Blend with an Immersion Blender until about 1/2 the mixture is blended, while 1/2 remains whole

Serve Over Angel Hair Pasta. If you like, a Vegan Mild Cheddar Style Shredded Cheese may be added to keep the traditional presentation. I prefer mine topped with Salad Veggies such as Shredded Lettuce, Avocado & Tomato.

Tip for Dining with Omnivores: You can serve traditional Skyline Chili to the Omnivore at the table. It can be purchased at many grocery stores, or online. For Ovo-Lacto Vegetarians and Omnivores alike, Shredded Mild Cheddar can be added.

Posted by Anna@stuffedveggies at 8:00 AM 13 comments:

Mexican Haystacks are an old favorite in the Vegetarian & Vegan Communities. They're kinda like Nachos -
but both healthier & tastier : )

This is another "build your own" sort of meal - which is perfect when you have diners with a variety of allergies, sensitivities, or with strong food preferences. You simply put a layer of chips - or your other favorite base layer- such as rice - and build from there. This is a naturally gluten-free meal, if you have diners who need that option : )

What's really great is that with a freezer stocked with some seasoned beans - or with store bought ingredients - this meal can come together really fast. If you have several friends get together - each one can bring or prepare one ingredient.

The links in the list take you to my recipes for these ingredients.

You simply set out the ingredients in bowls, choosing from the following:

That's it - just set out the bowls and let diners assemble their own on their own plates! : )

Tip for dining with Omnivores: If you like, in addition to the above options, you can set out any or all the following for Omnivores - Fajita Style Chicken or Beef Strips, Taco Meat, Shredded Seasoned Chicken or Pork, Sour Cream, Shredded Cheese.

This is being shared at
Gluten Free Fridays

As a rule, Kindergartners are not accomplished cooks. Usually, a Peanut Butter & Jelly Sandwich is a great accomplishment.

Granted, there are a few little kids out there whose parents let them cook with loose sleeves, unsupervised, over a high gas flame, and wield a French chef's knife to boot. (I've seen actual pictures of these families on the internet!) We're not one of those families.

Nor is my daughter a cooking prodigy - she's just a normal little kid, working with beginner-level recipes.

But, my daughter could make several family meals when she was in kindergarten. This helped her learn basic little kid kitchen skills like rinsing and sorting beans, measuring, opening packages, using a can opener, converting simple fractions, tidying up after her work, oiling pans, kitchen safety, stirring, judging texture and doneness, etc. It also gave her the joy of accomplishment, and a better appreciation for healthy food. Home Economics was (and is)  a routine part of our homeschool day - roughly once every two or three weeks during kindergarten, my daughter would make the family dinner. Occasionally, on other nights, she helped me prepare more difficult dishes for the family.

These recipes are the sort that I could stand by and direct my daughter what to do next, while she did the work. I took care of any handling of heat, sharp objects, or heavy lifting, but there's not much of that in these recipes. If the recipe involved a Slow Cooker, I put the crock by the sink, let her fill it, then I carried it to the cooker and insert it & plug it in. Then she put on the lid and turned it on.

Perhaps you have a young child in your house, and you'd like to teach them to cook. Or, maybe you'd like some ultra-simple recipes to make yourself, either because you're strapped for time, or don't enjoy cooking, or aren't yet an accomplished cook. Or, maybe, like me, you love to cook but still love an easy recipe!

These are tasty recipes that can be turned out by anyone with minimal skills, time or cooking experience. 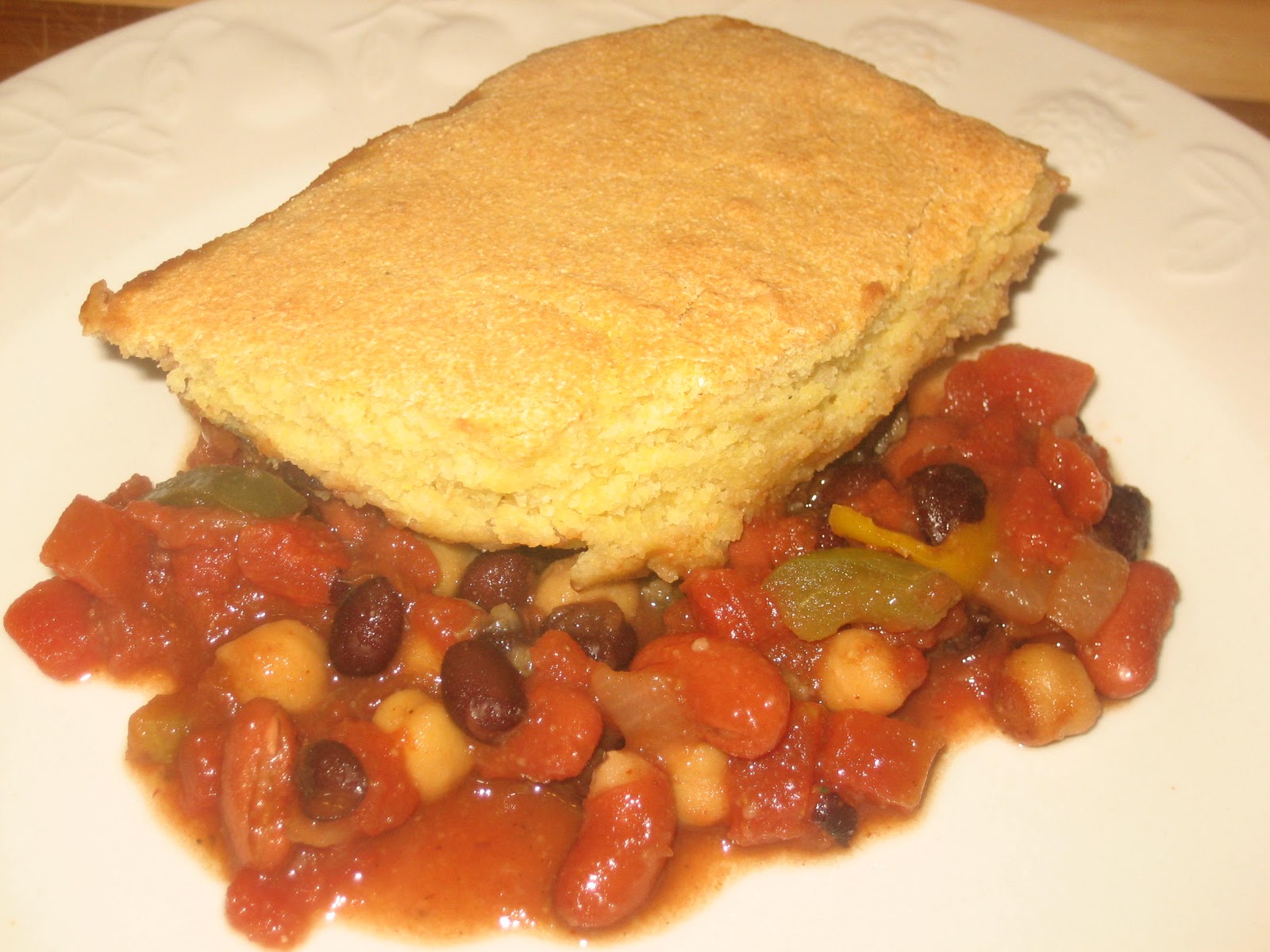 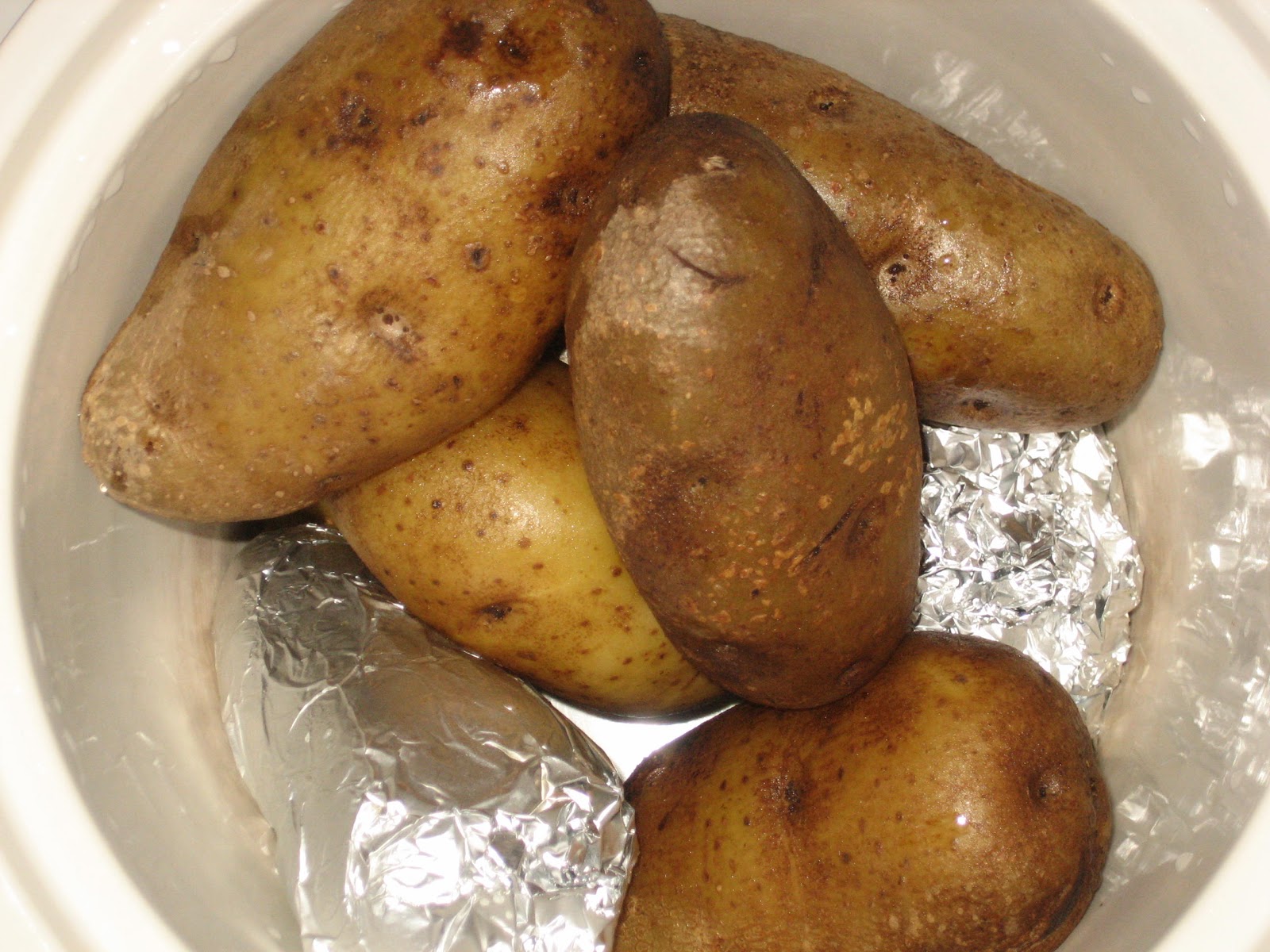 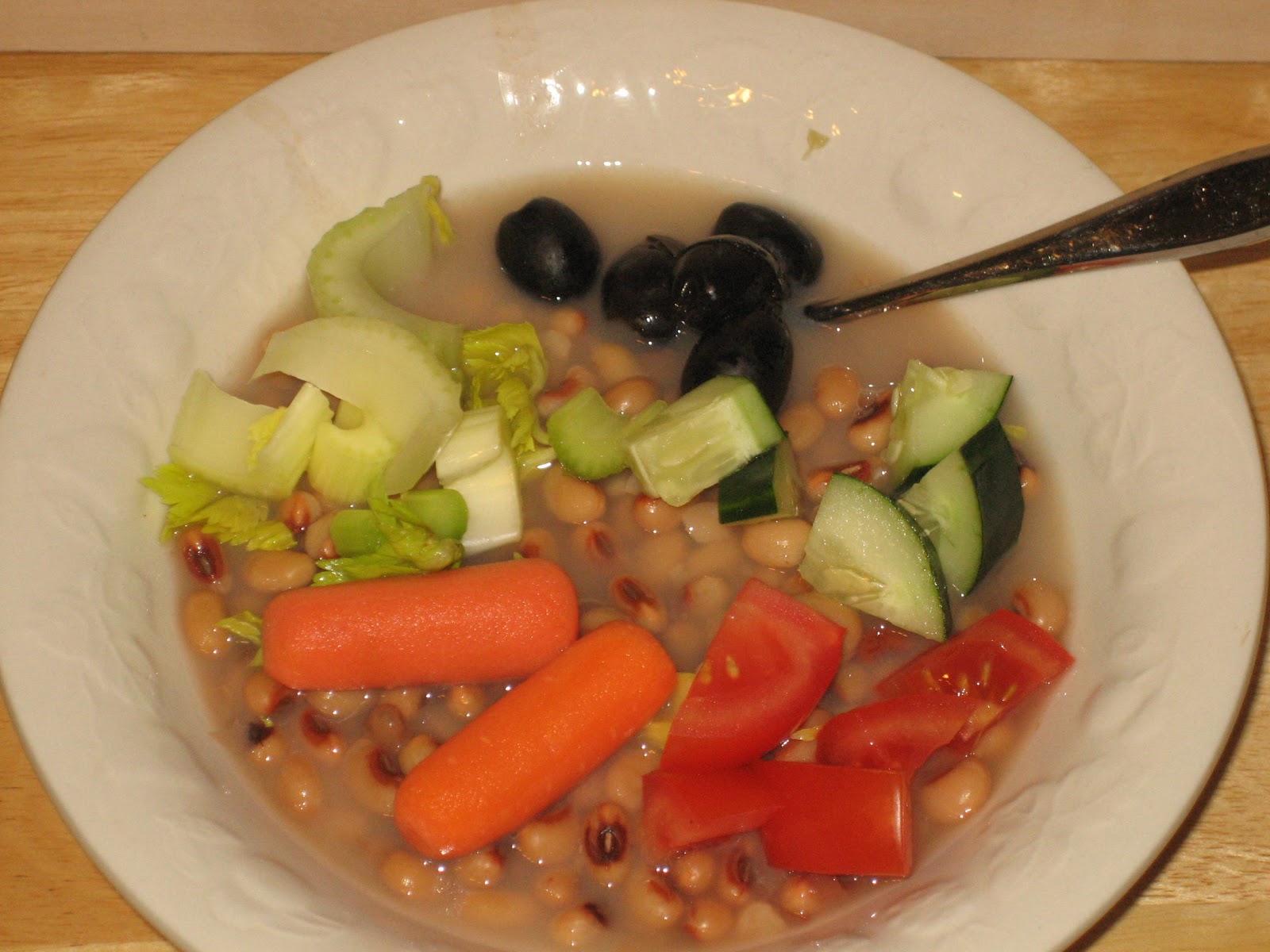 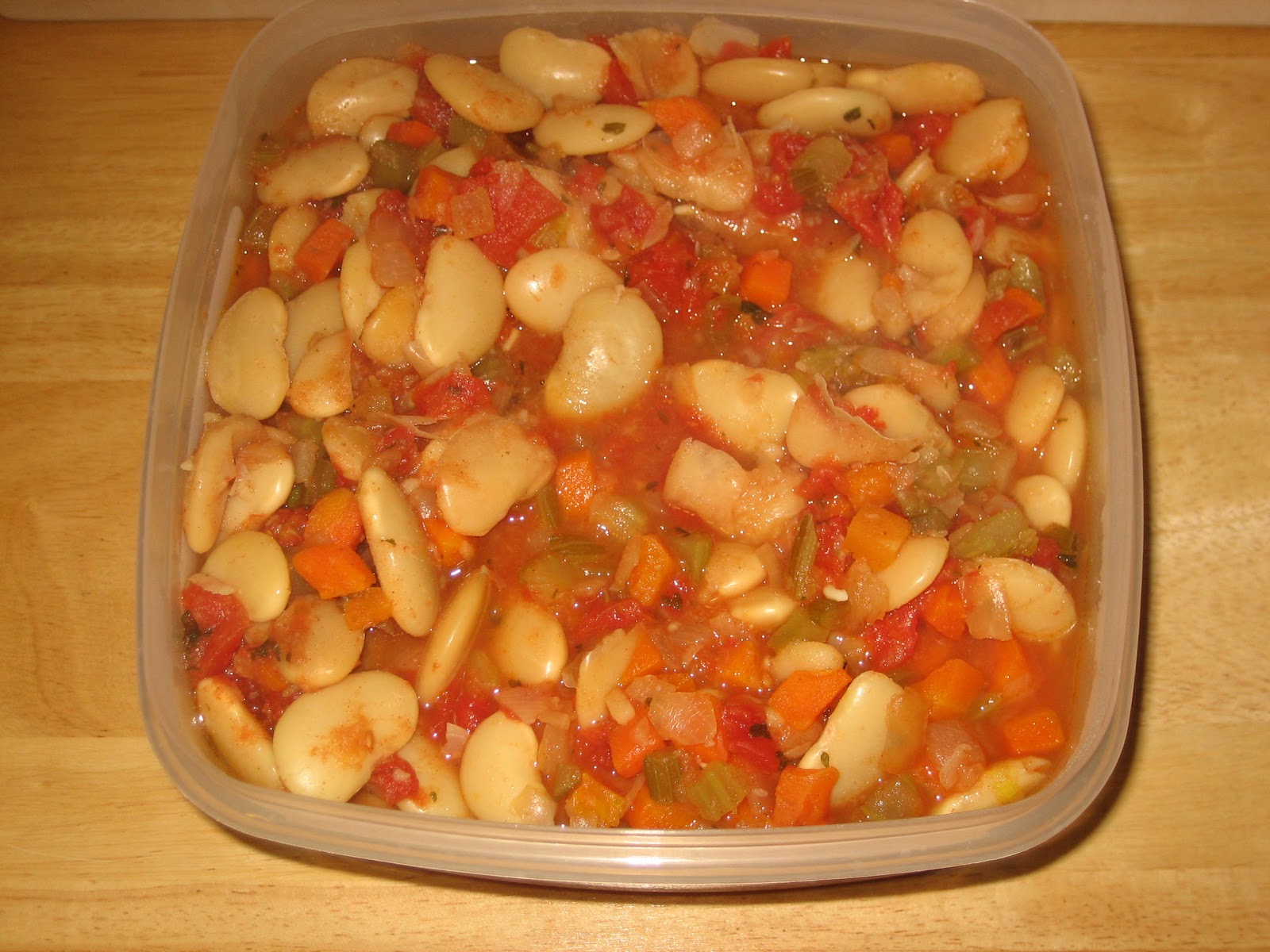 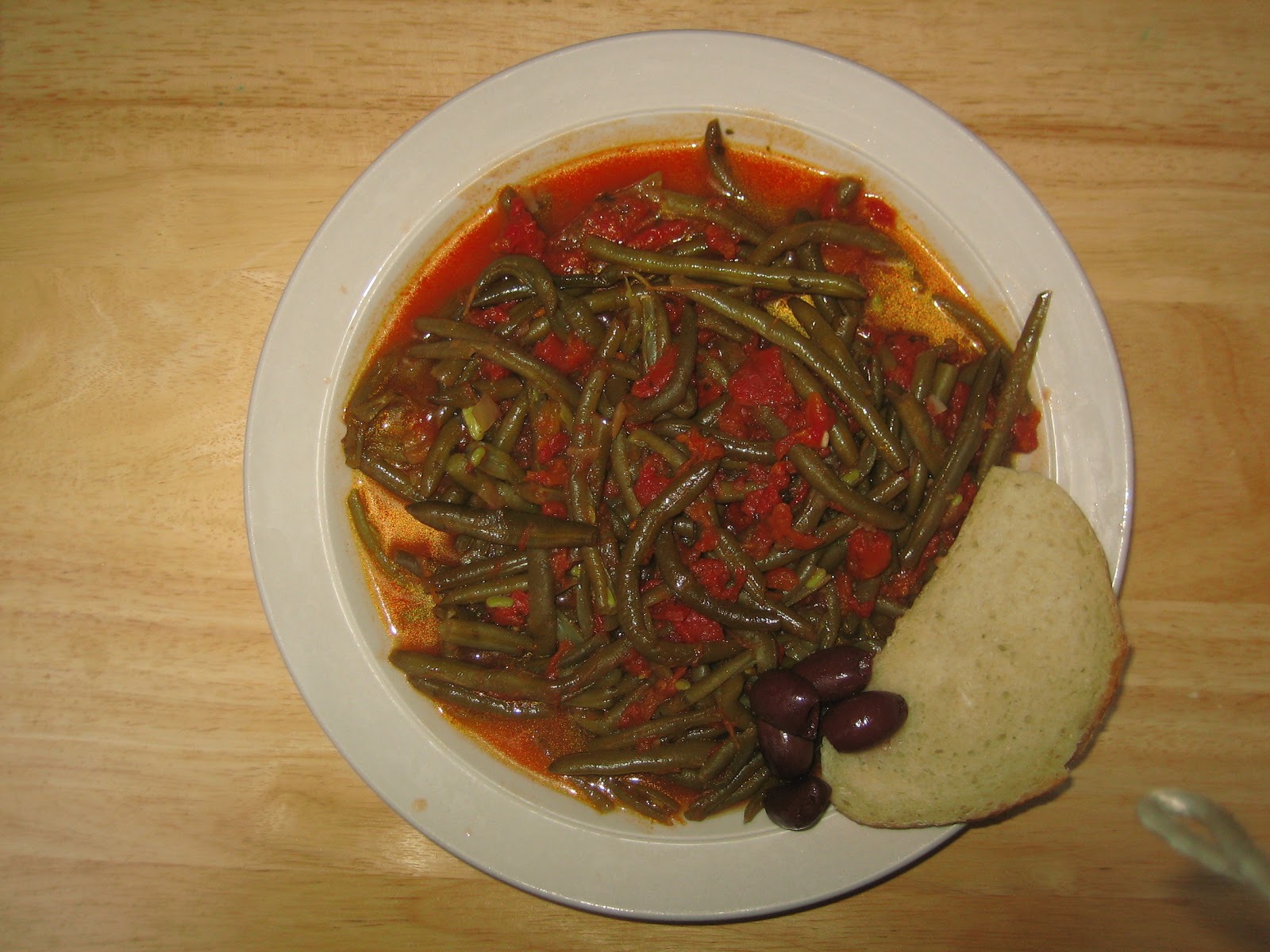 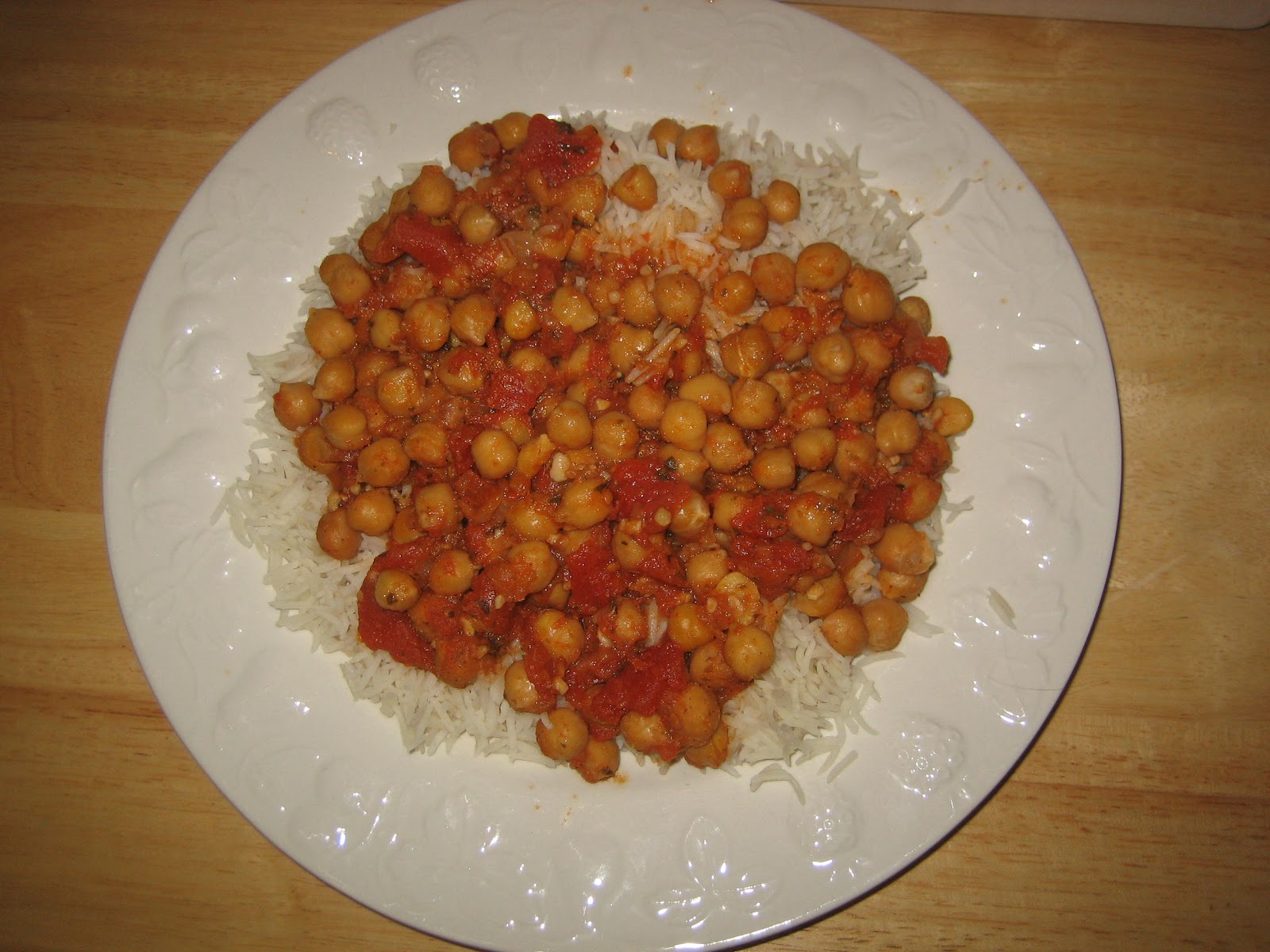 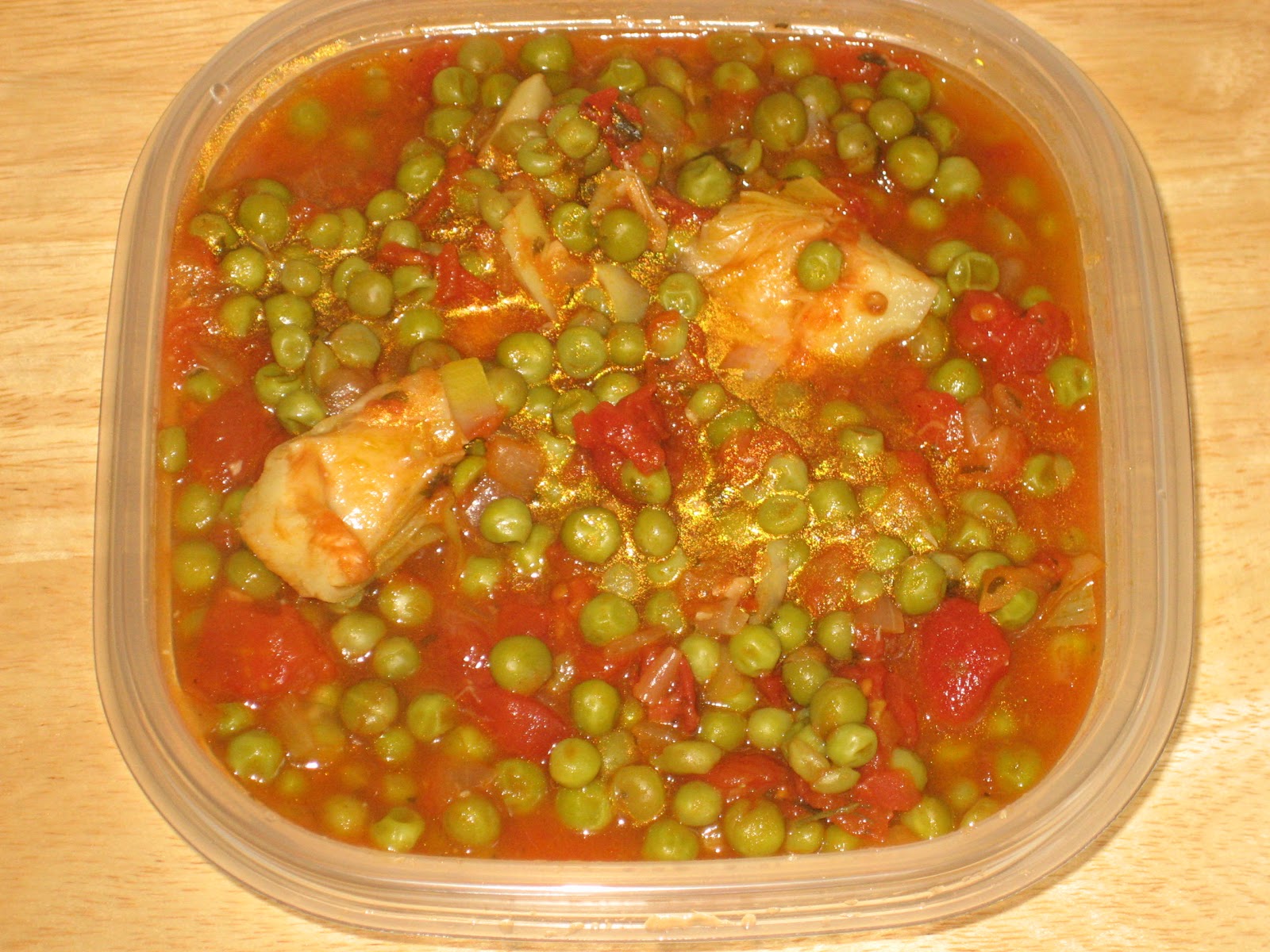 Pizza
(for this one, my daughter only made her own pizza, not the big one that the whole family eats - she could not yet handle the large disc of dough. She did, however, make the dough from scratch with my help. She puts cheese on her own, by the way.) 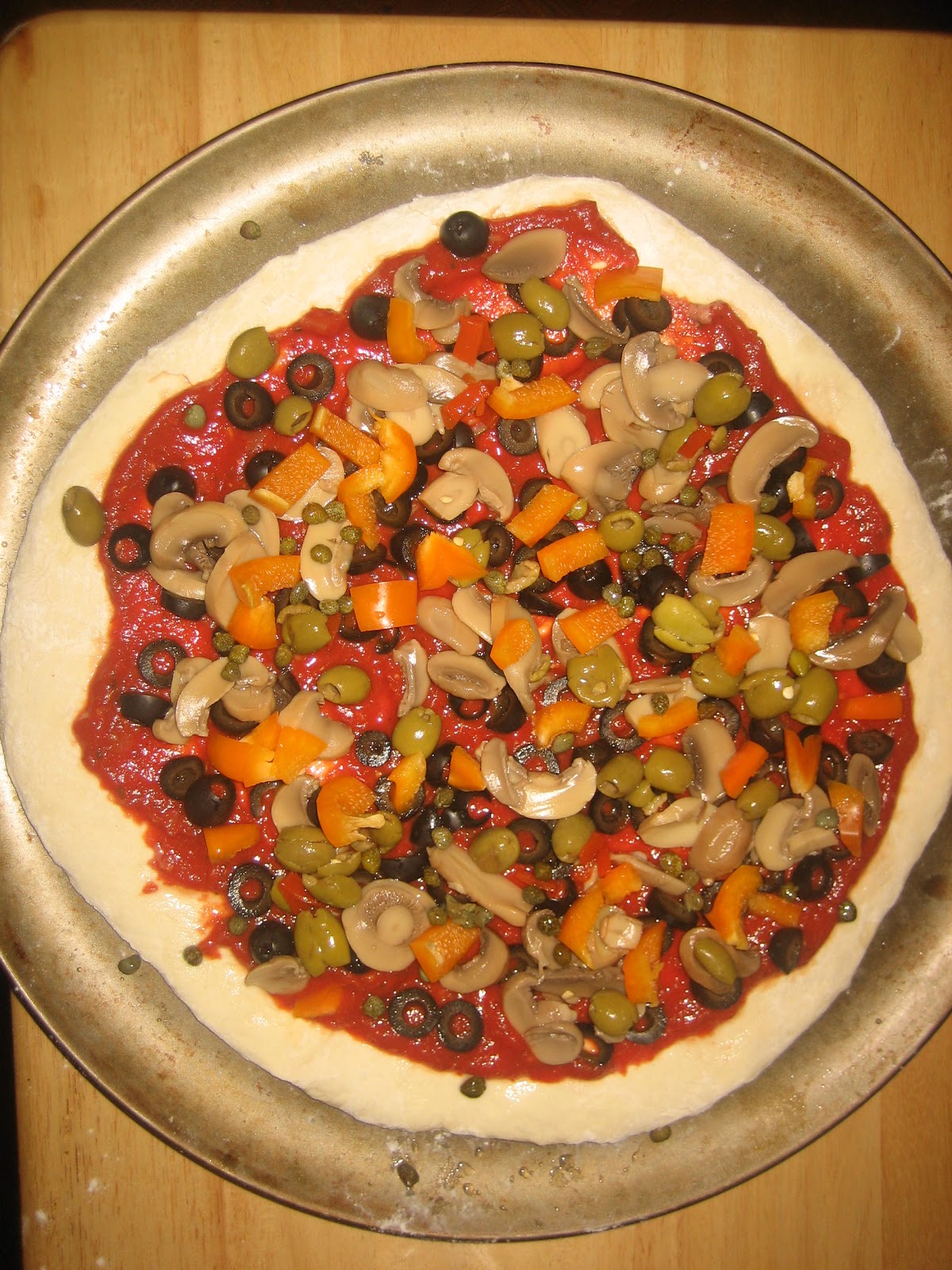 Yeast Bread
(This one requires a little adult help in stirring the dough as it becomes very thick, and in shaping the dough. Of course, the oven stuff is all done by Mommy : ) 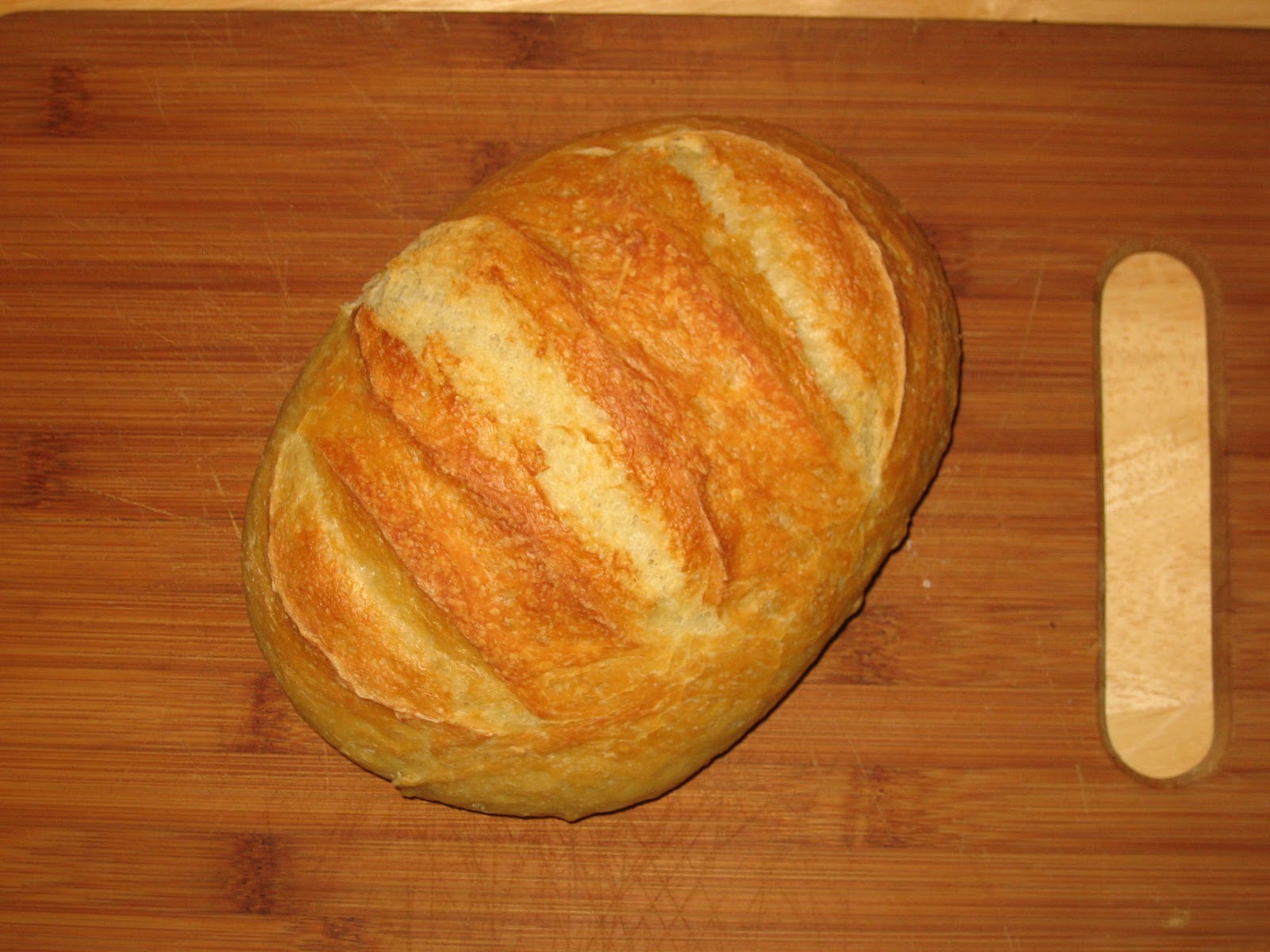 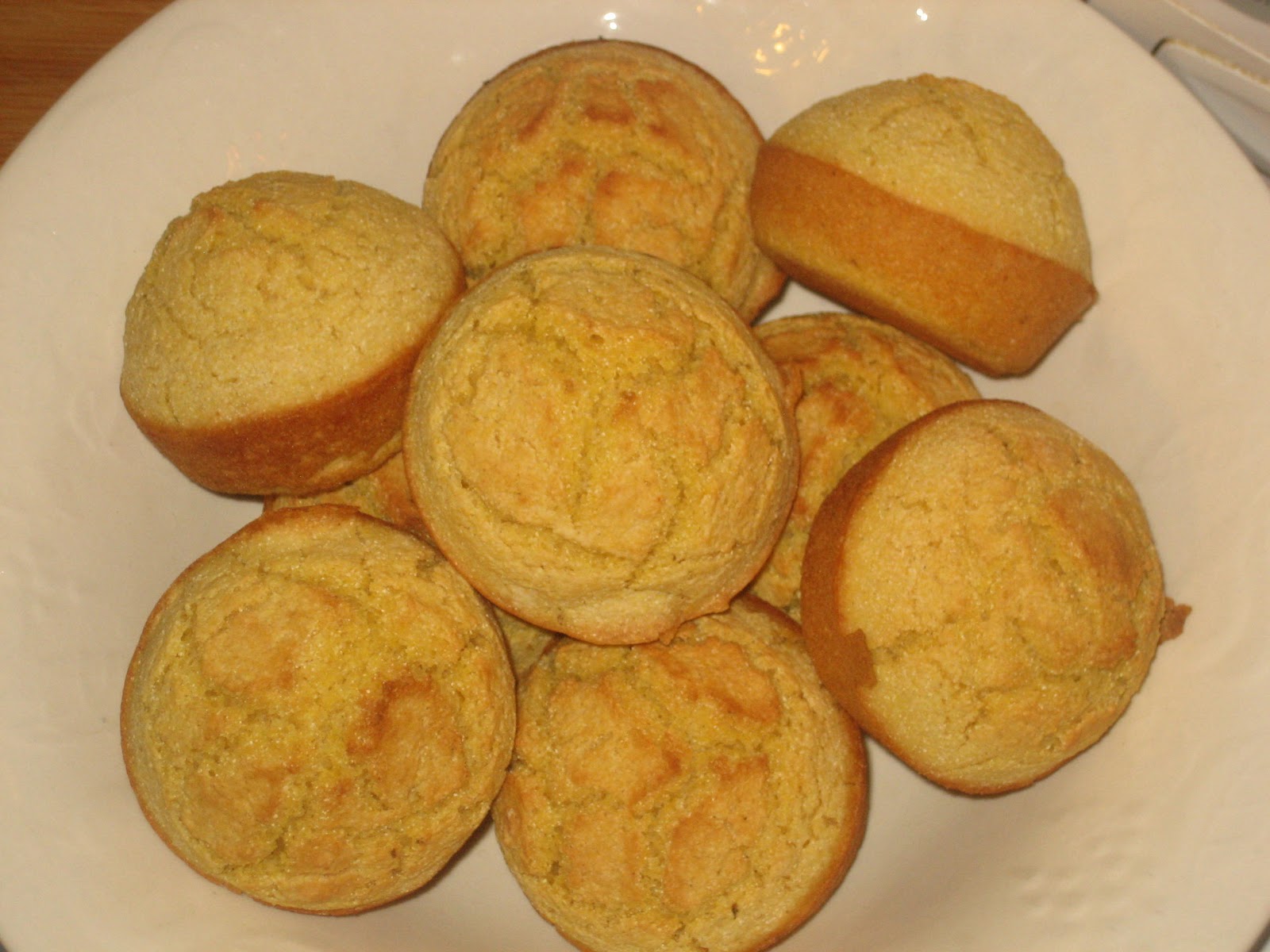 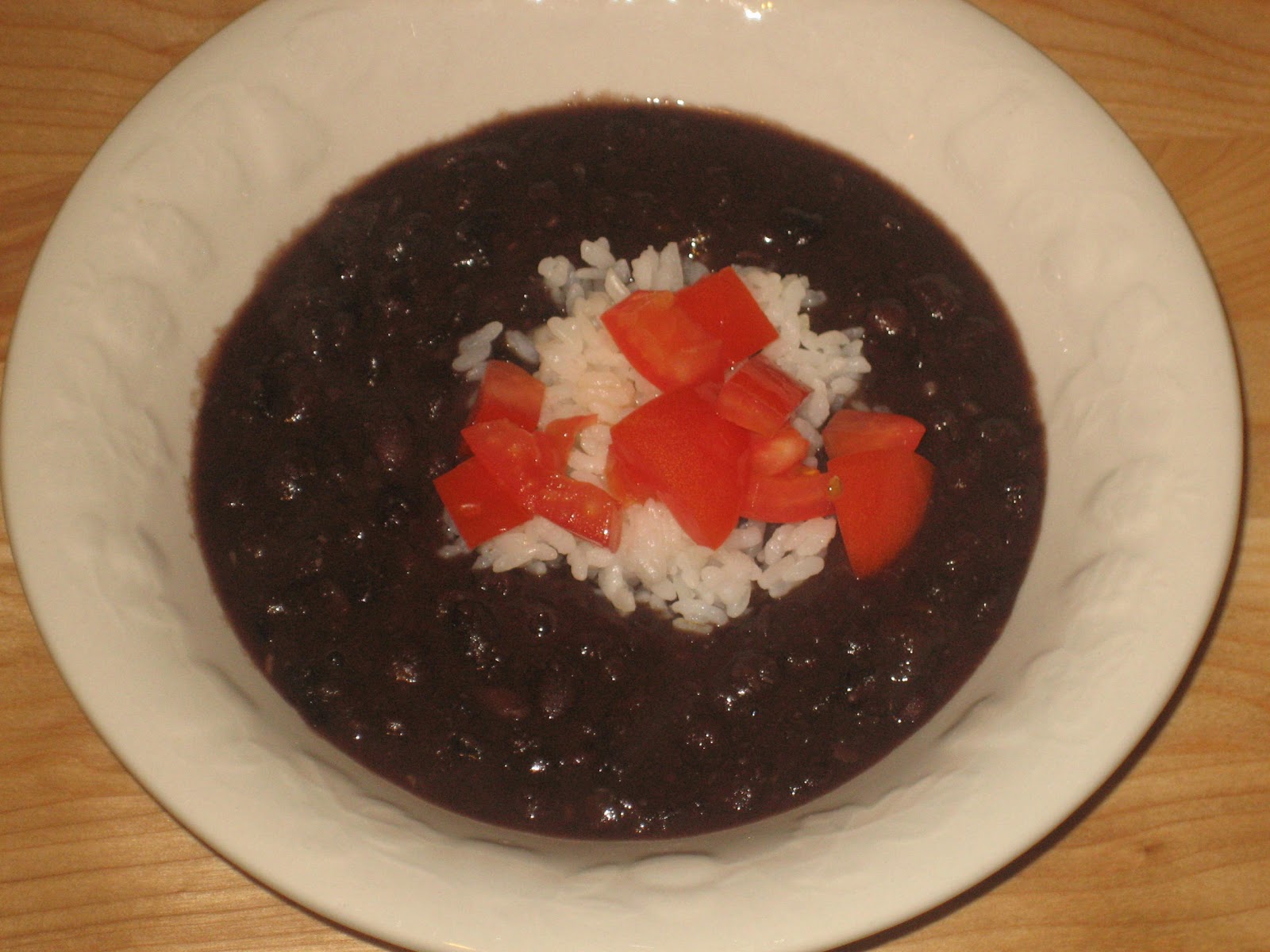 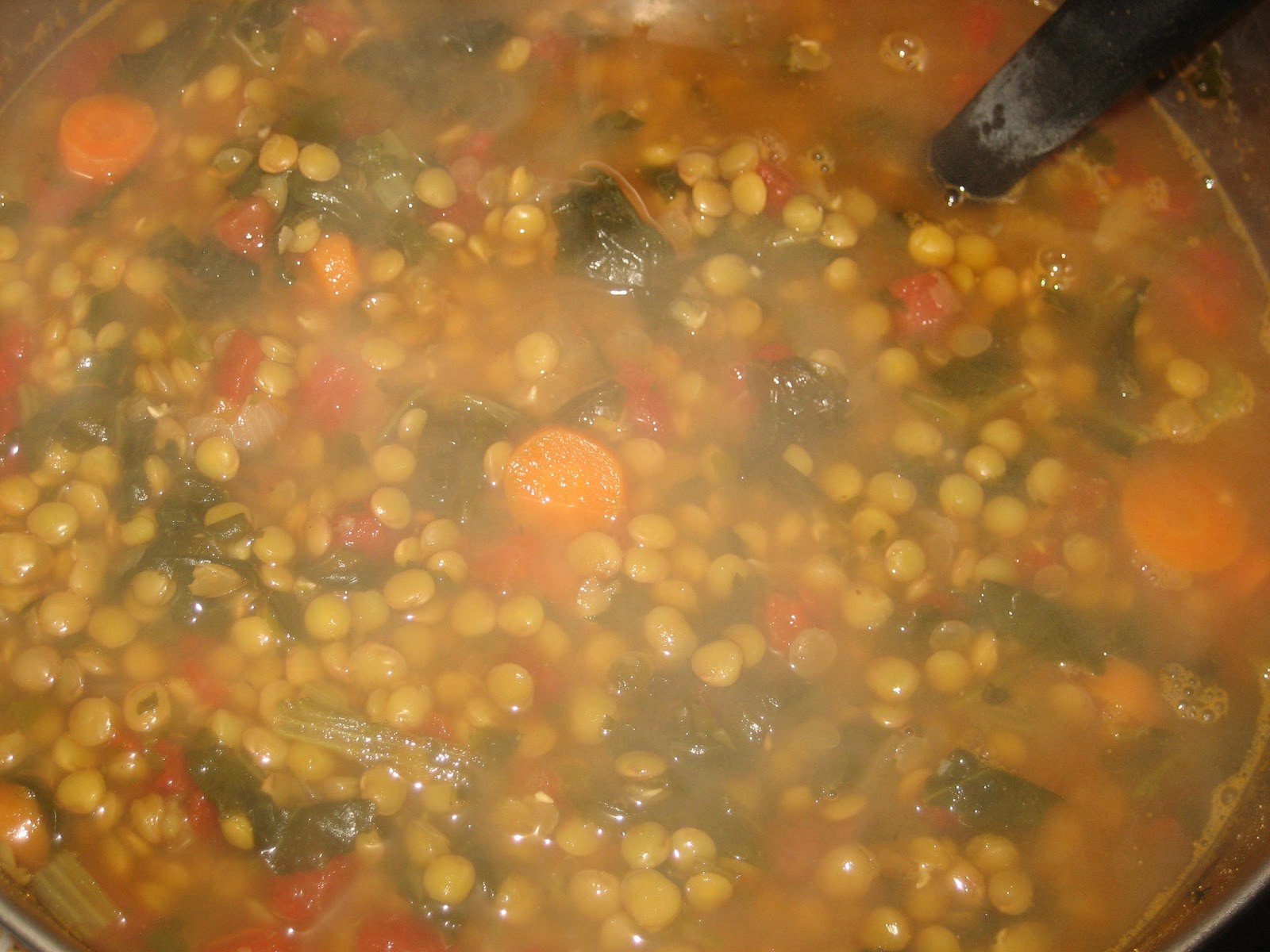 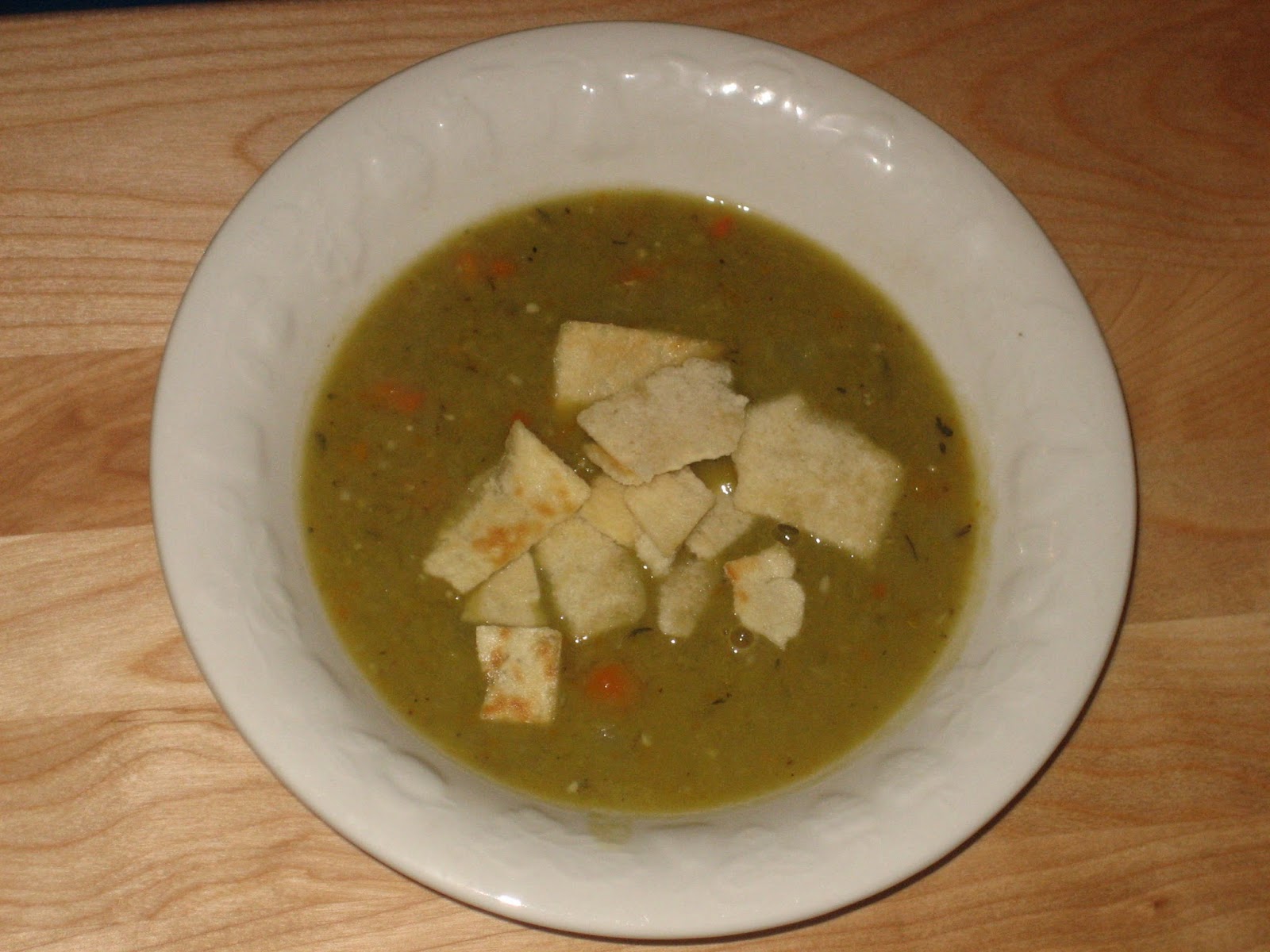 Posted by Anna@stuffedveggies at 8:00 AM 5 comments:

This is a favorite, easy soup recipe. Like a few others I've featured lately, it's low in calories, and super-high in nutrition. And, my little girl LOVES it : )

I adapted it from a recipe I found many years ago in Soup by Debra Mayhew. It's super simple to make, economical, and great served with Garlic Toast Points.

Broccoli Soup
Bring to Boil in Stock Pot, and cook till tender
2 Pounds Frozen Broccoli (of course, fresh is fine, too!)
2 Large Cubes of Vegetable Bouillon, Crumbled (I use Knorr or Maggi)
Enough water to just cover.


Posted by Anna@stuffedveggies at 8:00 AM 5 comments: