These apple-cinnamon pancakes are simple to make and healthy, but at the same time festive and luxurious.

These are great to serve for a Christmas Eve Breakfast, since they are vegan, but still something special.

They were inspired by a non-vegan cookbook I read years ago (perhaps one of the Culinaria series - I cannot recall for sure), and I veganized them and adapted them to my whole wheat, low fat, vegan pancake mix.

First, Slice some apple wedges VERY THINLY, and get out your Cinnamon sugar (I keep some on hand all the time - 4 parts sugar to 1 part cinnamon in a shaker bottle.

Then, prepare the pancake mix, and pre-heat the skillet.
Vegan Pancake Mix
Pour the batter into the skillet, as for any other pancakes (oil may be used if desired, but is not necessary in a non-stick skillet).

On top of the pancake batter, lay slices of apple in a single layer.

Wait for bubbles to form, and for edges to dry slightly.


Flip, and cook the other side. Let them cook a little longer than you would with normal pancakes - this lets the Apple cook, and the Cinnamon-Sugar caramelize.

Remove from pan and serve.


﻿﻿These are sweet enough to serve without buttery-spread and syrup, but those things may be added if you like.

These are being shared on Apples Saturday Dishes


This is being shared with
Food on Friday: Pancakes

Posted by Anna@stuffedveggies at 7:00 AM 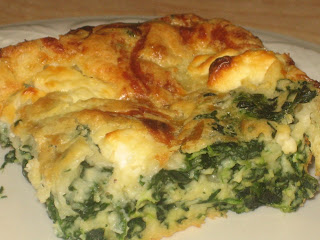