The Bible or the Constitution

There has been much discussion lately about whether it is right for a Christian - inside or outside of public office - to put his Faith first, or if he should subject his Faith to the law of the land.

There is NO place for a Christian disobeying a law that is consistent with Biblical teachings just because we don't like that law.

But, let's suppose that there is such a conflict. How should a Christian resolve it?

There are two options:

Secularists will declare that this is the only freedom a Christian has - ignoring the First Amendment's promise of "Free Exercise" and asserting that instead the Constitution promises "Free private thoughts."

We all know what happens when this sort of logic is taken to its extreme end.  We heard these arguments when war criminals tried to defend themselves at Nuremberg. In fact, nearly every large-scale evil in human history has been excused by those who committed it because "I'm just obeying orders" or "It's the law of the land."

In reality, if we put the Constitution ahead of the Law of God, we have violated the First Commandment, "Thou Shalt Have No Other gods Before Me."

Any loyalty that comes ahead of God and causes us to sin against Him violates the First Commandment, and is Idolatry.

The Second option - the Only option for a Christian, is to "Take up your Cross and Follow Me."

This means we have an obligation to obey God no matter the cost. Regardless of personal risk - including imprisonment or death - Christians MUST obey God.

"We must obey God rather than men".

Like Shadrach, Meshach and Abednego, when faced with the ultimate penalty, we must be willing to declare,  ". . . Our God whom we serve is able to deliver us from the burning fiery furnace, and he will deliver us out of thine hand, O king. 18 But if not, be it known unto thee, O king, that we will not serve thy gods, nor worship the golden image which thou hast set up."

This is, by far, the most difficult option. And, even those of us who believe it is the right thing to do risk having our courage to do it fail us when we face the earthly consequences of obeying God. We must rely on God for supernatural ability to obey Him despite painful earthly consequences, so that we may obtain the "Crown of Righteousness."

This is the example set by Jesus Himself, by the Martyrs, and by many modern heroes of civil disobedience.

As John Adams put it "[W]e have no government armed with power capable of contending with human passions unbridled by morality and religion. . . . Our constitution was made only for a moral and religious people. It is wholly inadequate to the government of any other."

The Founding Fathers were quite vocal in their support of the Bible above the Constitution.

Many of our laws could be carried out by computer. There is no pragmatic reason, for instance, that sentencing of criminals couldn't be done by a computer algorithm. As a society we choose to have human beings use their wisdom, which comes from God, in applying the laws. This is why computers aren't chosen to do these sorts of tasks.

If there is no ultimate Reference for morality, then the majority - whether of the Supreme Court or of the populace - can mandate immorality. We've all seen in the past where that sort of logic can lead. Jim Crow, Dred Scott and the Nuremberg laws all had popular support, and were, at least superficially, "lawful." But, any modern person who claims that those laws should have been followed just because they were enacted is declared to be advocating an unconscionable position. Hindsight is often 20/20.

I want to be totally clear here - I am not in any way advocating rebellion against authority. That is a great sin. I am advocating OBEDIENCE to a Higher Authority. 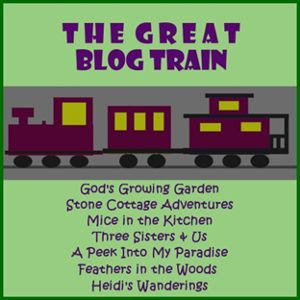 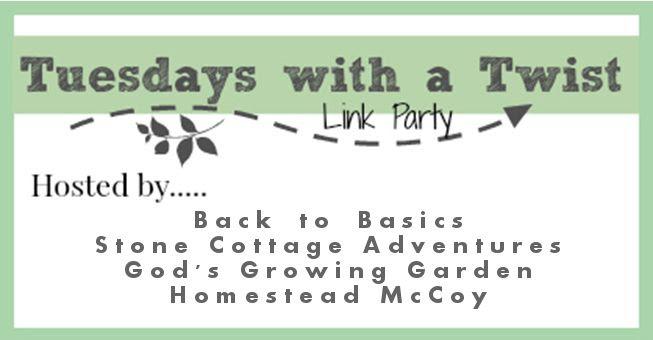 Learning from Each Other
Faith Filled Fridays
Grace & Truth
Posted by Anna@stuffedveggies at 8:00 AM